Life, can be a bitch. Mine certainly hasn’t always been kind to me. My childhood was riddled with trauma and loss leaving me as an adult with deep-rooted insecurities, mental health battles, and defense mechanisms that make it difficult for anyone to get close to me, much less love me. Breaking down these barriers and becoming a functional member of society has been my lifelong goal, but also my lifelong struggle. One that will most likely always be a battle I wage.

In many ways people would probably view me as quite functional from the outside- I have a master’s degree, keep a good job, have a place to live, I’m not a hard-core addict, I often seem bubbly and happy…. What people don’t see under the surface is a constantly churning, tumultuous tsunami of anxiety, depression, confusion, and fear.

My younger years and adolescence were not all that different from a teen dystopian novel. At every turn a new apocalypse threatened what meager ability I had to thrive. I’ve suffered great loss- losing my mother to her own mental health and addiction at the age of 2 cut me to my core and the effects are still very much present with me today. Unless, like me, you’ve never had a mother, it may be difficult to understand how something that happened so long ago can still shake me this completely almost everyday.

The role of a mother is one that cannot be replaced once lost. Many view the man of the household as the protector but I know it’s really the mother. That’s where the term “mother bear” comes from. The man has the muscles to protect from big threats, but the everyday stuff? That’s all mom. I never knew that kind of protection and love. Sure, my dad loved me,  I think. It was sometimes difficult to be certain because I spent much of my life being physically abused, neglected, and emotionally terrorized by him. He was battling his own mental health and he has a trauma narrative of his own and you know what they say about trauma? Like Karma, what goes around comes around. Okay, no one says that but you get it. Trauma is cyclical and he did the best he could. After all, he had just lost his wife and mother of his two young daughters. We’re lucky he didn’t complete suicide. In fact, he’s often said, it was only because of me and my sister that he was able to keep it together at all.

The point of this post is not for me to decorate and throw my own lavish pity party but to let anyone who needs to know out there that I GET IT. I’m broken and bruised and damaged but still pushing and fighting and striving to grow into someone capable of love and being loved. Some days I fall and it’s truly impossible for me to even leave my apartment. but other days? Other days I’m a strong, independent queen who can’t be stopped. Can’t stop, won’t stop. So go out there and wear your crown because you’re royalty, baby.

Until next time, Ramble on. 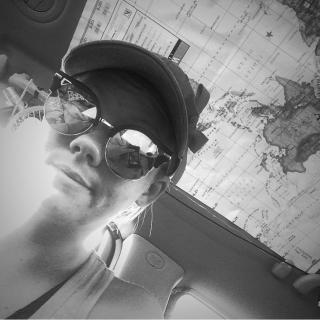 Welcome to The Rabid Rambler! I created this blog as a safe anonymous place to write about passionate views and life experiences. I'm the Rabid Rambler because I can talk for millennia about things near and dear to my heart and I'm an avid traveler so I'm also punny with the added benefit of being a huge dork. All views are welcome here. Ramble on.

“There can be no peace without justice and respect for human rights.” Irene Khan

What are we here for if not to make life less difficult for one another?

Emerging From The Dark Night

Working through the Dark Night of the Soul to emerge as me.

An encouraging, empowering online resource for the exploration and advocacy of yourself and those you love. Focus on mental health and wellness!

The Bipolar Writer and J.E. Skye

A daily selection of the best content published on WordPress, collected for you by humans who love to read.

The best longform stories on the web

The latest news on WordPress.com and the WordPress community.